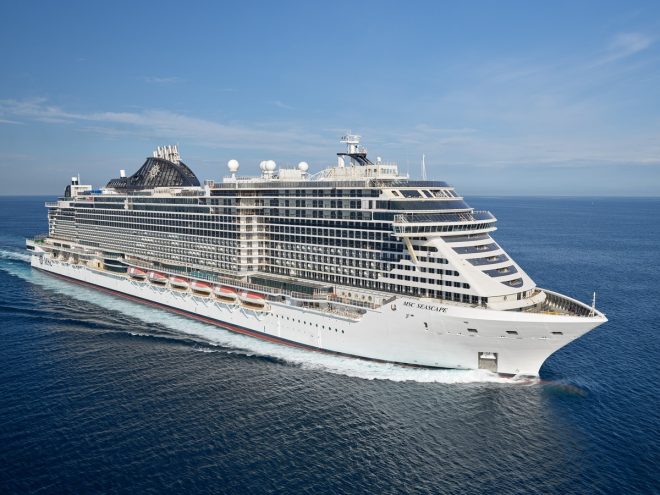 The vessel is the 21st to join the MSC Cruises fleet and MSC Seascape is the fourth to have been built by Fincantieri as part of a €7 billion investment package for 10 ships.  The shipyard will also build six new vessels for MSC’s luxury travel brand, Explora Journeys. MSC Seascape is the largest and most technologically advanced cruise ship ever built in Italy and features important innovations from an environmental perspective.

The handover ceremony, held at Fincantieri’s Monfalcone shipyard, was attended by Massimiliano Fedriga, President of the Friuli Venezia Giulia region, Anna Maria Cisint, Mayor of Monfalcone, Admiral Nicola Carlone, Commandant of the Port Authorities, Gianluigi Aponte, Founder and Chairman of the MSC Group, Pierfrancesco Vago, Executive Chairman of the MSC Group’s Cruise Division, the ship’s godmother Zoe Africa Vago, for Fincantieri General Claudio Graziano and Pierroberto Folgiero, Chairman and CEO, and Luigi Matarazzo, General Manager Merchant Ships Division, as well as representatives of the MSC newbuild team along with managers and workers from the shipyard. Paying tribute to ancient seafaring traditions, Monfalcone shipyard director Cristiano Bazzara, presented MSC Seascape’s captain, Roberto Leotta, with an ampoule containing the first water that touched the hull when the ship was floated out a year ago.

A poignant and moving tribute of remembrance was paid by all attending the ceremony to Dr. Giuseppe Bono, who for 20 years until May 2022 was CEO of Fincantieri and who passed away on 8th November. Pierfrancesco Vago announced that on MSC Seascape, which represents the last major project undertaken by Dr. Bono with MSC Cruises, a plaque named in his honour will be placed in the ship.

“The construction of MSC Seascape demonstrates, once again, the strong and lasting commitment of the MSC Group towards Italy and its manufacturing and underlines our confidence in the recovery of a country in which we have never stopped investing and believing in. MSC Seascape has required an investment of over 1 billion euros which has generated an impact on the Italian economy of almost 5 billion.  Our Group – between cruises, cargo, ferries, terminals and other activities – employs around 15,000 direct employees in Italy, generating an employment impact of a further 40,000 people,” underlined Pierfrancesco Vago, Executive Chairman of the Cruises division of the MSC Group.  Addressing the Government, he underlined that “the shipping, logistics and transport sector requires large investments and is based on multi-year spending programmes.  We therefore need political stability and a strong, authoritative and constant presence in Europe.  Italy – like France and Germany – needs to play a leading role in Europe.  Since most of the issues related to the shipping sector are now discussed and decided within the European Community“

Pierroberto Folgiero, CEO of Fincantieri, stated: “The delivery of MSC Seascape represents great importance from many points of view, first of all in the relationship with the shipowner. In fact, this ship is the seal of a hugely successful class, „Seaside“, launched over eight years ago with two new generation units, further evolved into the two „Evo“. Secondly, from a management point of view, for Fincantieri this is a result of absolute importance, achieved in full compliance with the deadlines despite the unprecedented difficulties that have characterized the global context in recent years. Finally, in terms of technological innovation, Seascape stands at the forefront in terms of environmental sustainability. By virtue of all this, we look to the future of the sector with optimism, aiming to remain a leader also thanks to a consolidated and ambitious partnership such as the one with MSC”.

MSC Seascape will begin her inaugural season in the United States, where she will be christened on 7th December in New York. She will then move to the Caribbean, offering two different weekly itineraries departing from Miami. The first, in the eastern Caribbean, will sail to Ocean Cay MSC Marine Reserve, Nassau (Bahamas), San Juan (Puerto Rico) and Puerto Plata (Dominican Republic). The second itinerary, in the western Caribbean, will call at Ocean Cay MSC Marine Reserve, Cozumel (Mexico), George Town (Cayman Islands) and Ocho Rios (Jamaica).

Latest and most advanced environmental technology

MSC Cruises has always been committed to operate some of the world’s most technologically-advanced cruise ships, and this innovation also applies to environmental performance.  With the long-term goal of achieving net-zero carbon cruising by 2050, each new MSC cruise ship represents another step towards this goal, along with other investments to help accelerate the development of next-generation environmental technologies. MSC Seascape features state-of-the-art technologies and equipment to minimise the ship’s environmental impact. This includes cutting-edge hybrid exhaust gas cleaning systems (EGCS) and selective catalytic reduction systems (SCR), achieving a 98% reduction of sulphur oxide (SOx) emissions and reducing nitrogen oxide (NOx) emissions by 90%. The wastewater treatment system is designed in line with the International Maritime Organization’s MEPC 227(64) Resolution and achieves higher purification standards than most wastewater treatment plants ashore.

MSC Seascape has been designated “Green Plus”, the highest-level additional notation in environmental sustainability issued by the RINA certification body. The notation recognises design solutions, on-board equipment and operational procedures voluntarily implemented – both during construction and during the ship’s operation – aimed at improving environmental performance beyond the minimum levels required by applicable international regulations.

MSC Seascape is the second Seaside EVO-class ship, an evolution of the pioneering Seaside class, and joins  MSC Seaside and MSC Seaview, which launched in 2017 and 2018, respectively, and sister ship MSC Seashore delivered in 2021. This class of ships is known for its innovative and glamourous design features and was conceived with the aim to take guests closer to the sea. MSC Seascape offers a range of brand-new features, venues, and experiences for guests, as 65% of the public areas have been reimagined to take the guest experience to a new level. The ship offers 13,000 square metres of outdoor space, with a wide array of outdoor bars and dining, swimming pools, and areas for relaxing and sunbathing, as well as different vantage points to take in striking views of the sea.

• Flagship of the MSC Cruises fleet 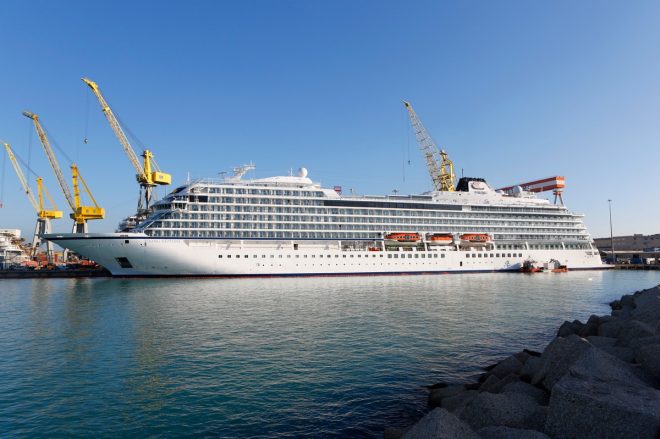 “Viking Neptune”, the newest ocean cruise ship which Fincantieri has built for the shipowner Viking, has been delivered today at the shipyard in Ancona. The unit is placed in the small cruise ship segment. As its sister ships, she is about 47,800 tons, with 465 cabins to accommodate up to 930 passengers.

“Viking Neptune”, ninth of this class, marks a quantum leap in the longstanding cooperation between Viking and Fincantieri for designing, delivering and operating environmentally considerate cruise vessels. The two companies, indeed, keep on cooperating for developing pioneering applications based on hydrogen fuel cells, aiming to achieve an increasing reduction of GHG emissions.

“Viking Neptune” embodies the first result of such cooperation, as a hydrogen fuel cell module, with a nominal power of 100 kW, has been fitted on board as a test. Such installation is particularly important for tuning technological devices and developing rules and regulations for use of hydrogen on board a cruise vessel.

This year Viking and Fincantieri have also strengthen their collaboration going beyond the joint R&D activity and aiming to develop large scale hydrogen applications, significantly contributing to the reduction of GHG emissions of the vessels. As a first step the two companies have designed an enlarged vessel configuration (to be applied to the vessels to be delivered after 2024), defining spaces and arrangements for accommodating the increased size of hydrogen tank, the fuel cell systems and relevant auxiliaries. The second step will be the development of a hydrogen-based generation system with a total power of about 6-7 MW, (the largest size ever tested on board a cruise vessel) and able to ensure smokeless port operation and slow steaming navigation. Such systems, once finalized, could be installed on the vessels under construction and, as far as possible, retrofitted on the vessels already delivered.

With such joint project of cooperation, Viking and Fincantieri aim to maintain a position of technological leadership and to contribute to the future development of even more environmentally considerate cruise vessels 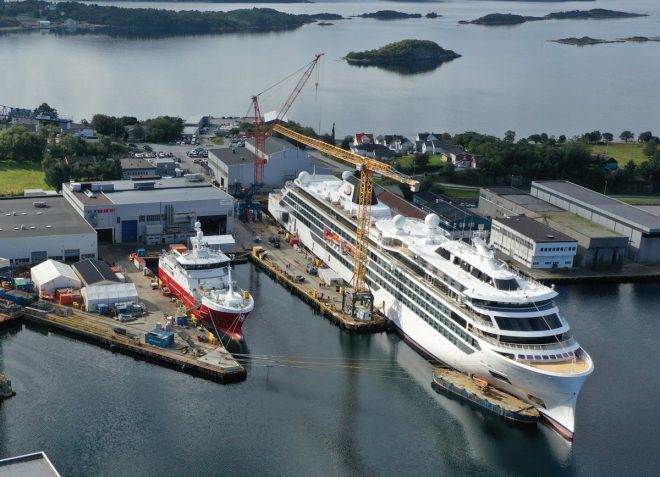 The ships have the “Polar Class 6” certification for expeditions in the polar regions, and they have the size to navigate remote areas and the St. Lawrence River and provide superior handling and stability in rough seas. Straight bows, longer hulls and state-of-the-art fin stabilizers allow the ships to glide over the waves for the calmest possible journey, ice-strengthened hulls provide the safest way to explore and u-tank stabilizers significantly decrease rolling by up to 50% when the ships are stationary.

Designed by the same experienced nautical architects and engineers that designed Viking’s ocean ships, these new vessels feature modern Scandinavian design, intimate spaces and attention to detail, as well as public spaces that are favorites on Viking’s ocean ships and new spaces created specifically for expeditions.

The collaboration between Fincantieri and Viking counts a total of 18 vessels, including the four announced few weeks ago, confirming the recovery of the cruise sector, which is expected to return to pre-pandemic levels by 2023. 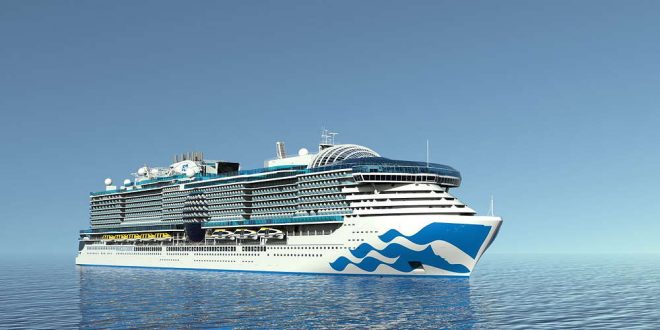 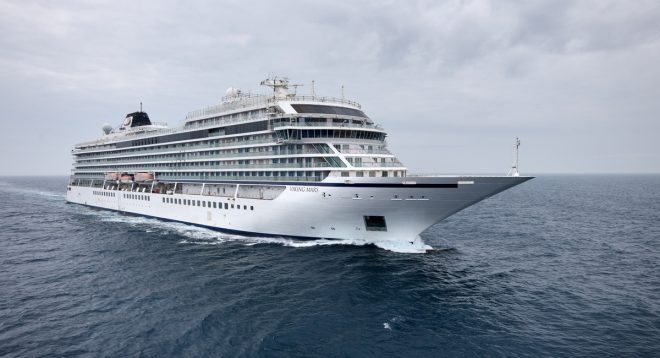 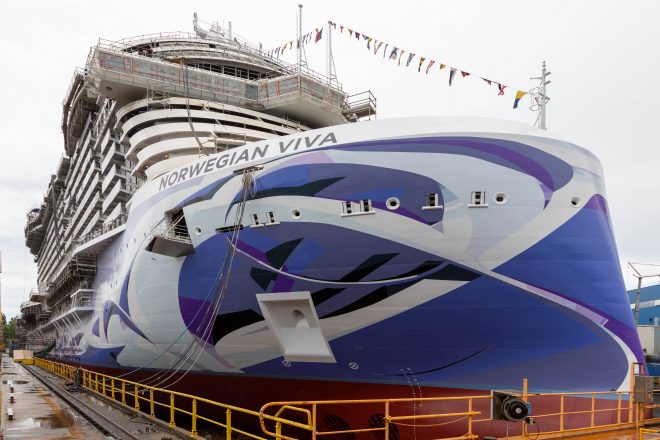 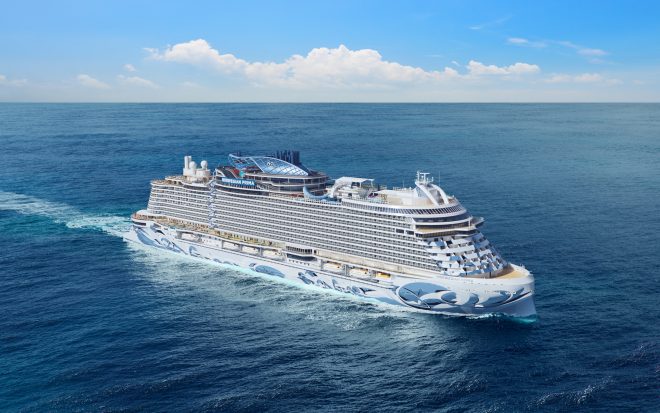 NCL is part of Norwegian Cruise Line Holdings Ltd., the U.S.-based company, which is one of the world’s leading cruise operators.Along with her sister-ships, “Norwegian Prima” will form the backbone of the future NCL fleet, atmore than 142,500-tons, almost 300 meters long, and accommodating 3,215 guests. Deliveries are scheduled through 2027.

The Prima Class is based on a prototype project developed by Fincantieri, which enhances the consolidated features of NCL’s signature offering of freedom and flexibility, qualified by an innovative configuration for an elevated passenger experience. In addition, focus was set on energy efficiency, with the twofold aim of optimizing consumption at sea and reducing environmental impact, compliant with all the most recent regulations on this matter.

Besides NCL, Norwegian Cruise Line Holdings Ltd. operates the Regent Seven Seas Cruises brand, to which Fincantieri will deliver next year in Ancona a third luxury cruise ship, “Seven Seas Grandeur”, after “Seven Seas Explorer” (2016) and “Seven Seas Splendor” (2020), as well as Oceania Cruises, for which the Group has in its orderbook two new-generation cruise ships which will start the “Allura-class”. 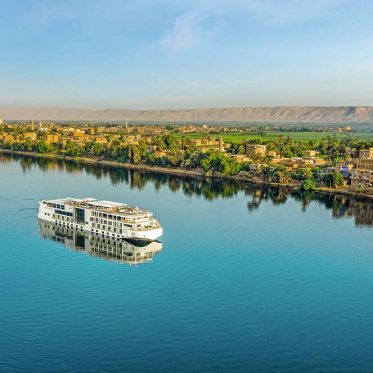