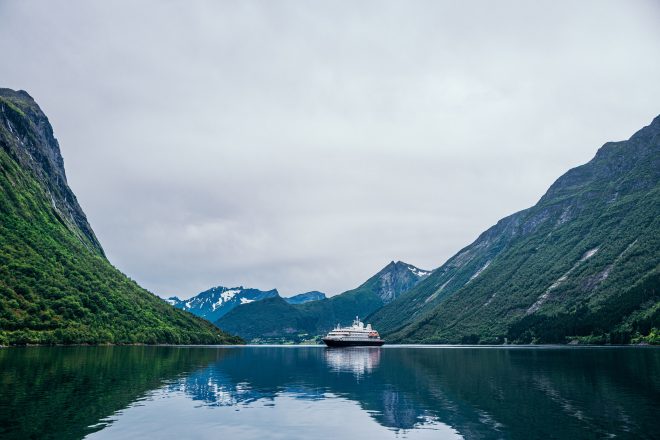 Having successfully sailed four Scandinavia seasons, bringing travelers to quaint Norwegian Fjord villages that other lines cannot reach – most recently in 2020 and 2021, SeaDream Yacht Club announced that the luxury yachting line will return to Scandinavia and Northern Europe in summer 2025 with SeaDream II. The intimate, modernized yacht will embark on 14 memorable voyages from May through August 2025 and call on a total of 46 individual ports on seven- to 11-night itineraries. Guests enjoy longer summer days and the midnight sun to take in these breathtaking destinations with late-night and midnight departures on all voyages. SeaDream II’s new 2025 Scandinavia and Northern Europe season is open for sale. For more information, please visit www.SeaDream.com.
“SeaDream Yacht Club is Norwegian-family owned and operated, and Norway and Northern Europe is our backyard,” said Atle Brynestad, Founder, Owner & Chairman of SeaDream Yacht Club. “We have selected some of the most breathtaking and fascinating destinations throughout the region. Guests will enjoy one-to-one, personalized service on our yachts and sail through small channels and narrow waterways that larger vessels cannot enter for a distinctive yachting experience.”
SeaDream II starts her Scandinavia and Northern Europe season with a 10-night voyage, departing May 5, 2025, from Lisbon, Portugal, to Bordeaux, France. Guests will enjoy late evening stays in port and overnight stays at Bilbao, Spain and Bordeaux. A special, seven-night voyage, departing May 15, will bring guests up the Thames River to London, where the yacht will overnight alongside the historic HMS Belfast, adjacent to the iconic Tower Bridge.
Travelers can also choose among four voyages, 10-night itineraries in June and seven-night itineraries in July, that spotlight some of the most quaint and picturesque villages and breathtaking fjord lands of Norway. Guests visit off-the-beaten-path destinations where larger vessels cannot reach, such as Måløy, Kalvåg, Vik, Rosendal, and Svolvaer. On these voyages, guests overnight in Reine, Lofoten Islands, where they can fully take in the midnight sun. On the June voyages, SeaDream II also brings guests into the majestic Trollfjord of the Nordland.
SeaDream II will also sail six voyages that brings guests to cosmopolitan Northern European and Baltic destinations in Germany, Denmark, and Sweden. Guests will sail between Oslo, Norway, and Stockholm, Sweden, and visit Frederikshavn, Copenhagen, and Ronne, Denmark; and the seaside resort destinations of Warnemünde and Sassnitz, Germany.  Two of these voyages, a seven-night itinerary departing May 24 from London and a 10-night voyage, departing August 9 from Oslo, also transits the Kiel Canal and finishes with two nights docked in the heart of Bordeaux, France, where guests have the most convenient access to the city and surrounding experiences.
Travelers can also choose a special voyage in the Baltic Sea, departing July 11 from Stockholm, round-trip. Guests call at Visby, Sweden; Klaipeda, Lithuania; Kuressaare and Tallinn in Estonia; and Helsinki, Turku, and Mariehamn in Finland.
SeaDream II’s 2025 Scandinavia and Northern Europe season concludes with an 11-night, Spain-and-Portugal itinerary, which begins and ends with an overnight in Bordeaux and Seville, Spain, respectively. Ports-of-calls include San Sebastian, Bilbao, A Coruna, and Vigo, Spain; and Portugal’s Porto and Portimao.
Family owned and operated, SeaDream Yacht Club has achieved the industry’s highest accolades for its boutique yachting experience aboard twin casually elegant mega-yachts. Each accommodating a maximum of only 56 couples and manned by 95 exemplary crew members, SeaDream I and SeaDream II feature plentiful open deck spaces and call on exclusive harbors and secluded ports around the world on seven- to 15-day voyages. The line’s “It’s Yachting, Not Cruising” trademark defines not only the small size of the vessels but their distinctive, luxurious onboard lifestyle. Guests enjoy highly anticipatory service on a nearly 1-to-1, staff-to-guest ratio and fares include an expansive array of special services, activities, watersports equipment, gourmet cuisine, premium wine and beverages, and gratuities. For more information about SeaDream Yacht Club, please visit www.SeaDream.com or call in USA +1 800 707 4911, in EU +47 67 792 585. 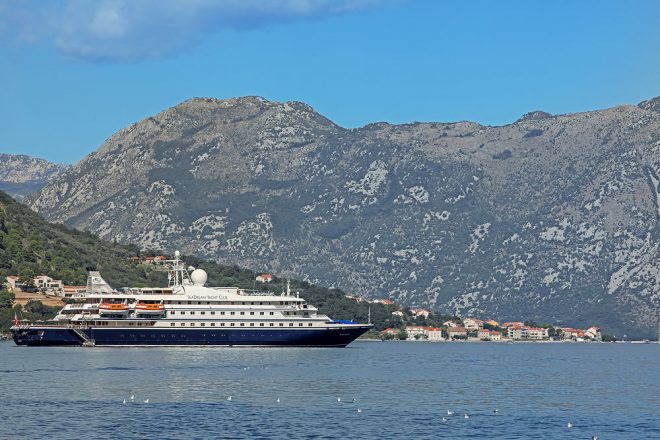 In operation as part of SeaDream’s $10 million renovation investment, Starlink is the world’s first and largest satellite constellation using a low-Earth orbit capable of supporting high-bandwidth activities such as video streaming, online gaming, video calls, and more. By placing their Starlink constellation in low-Earth orbit, SpaceX can deliver faster Internet than other systems by decreasing the distance that information must travel to reach users.

“I am proud to announce that SeaDream is at the forefront of technology, becoming the first boutique travel line to implement Starlink on board. This innovation optimizes our guests’ experience by putting high-speed Internet at their fingertips—so they can stream their favorite entertainment, work remotely, and connect with friends and family back home,” said Andreas Brynestad of SeaDream.

Brynestad added, “The small size of our yachts provides a distinct advantage, in that we can deliver a larger amount of Internet per-person on board—quite possibly making us the fastest Internet on the seas. In the two short months since introducing Starlink, we have received remarkable positive feedback from guests and crew alike.”

SeaDream Yacht Club’s 56-stateroom twin yachts are highly regarded for their 5-star service, award-winning cuisine, and intimate onboard ambiance, with all activities offered in the open air. Their modernizations include numerous touchpoints, with each upgrade designed to align with the desires of today’s luxury traveler. Under the care of renowned European architects and designers, these meticulously crafted renovations provide guests with state-of-the-art technology, functional and enhanced stateroom space, and luxurious lounging areas on all decks.

SeaDream Yacht Club recently announced a more than $10 million dramatic upgrade and renovation project for twin yachts SeaDream I and SeaDream II. The project is now complete on board SeaDream II, and on March 26 SeaDream I goes into drydock for 54 days in Lisbon, Portugal to undergo identical renovations as SeaDream II.

A recent onboard photo shoot has resulted in a glorious new collection of images showcasing the beauty of SeaDream II and serves as a precursor to SeaDream I’s upgrade. Quotes from recent SeaDream II guests such as “Love all the updates,” “New spaces are outstanding,” “Simply beautiful,” and “First class” affirm the modernization is significant and pleasing.

Founded in 2001, SeaDream Yacht Club’s 56-stateroom twin yachts are highly regarded for their 5-star service, award-winning cuisine, and intimate onboard ambiance, with all activities offered in the open air. The renovation project includes numerous touchpoints, with each upgrade designed to align with the desires of today’s luxury traveler. Under the care of renowned European architects and designers, these meticulously crafted renovations provide guests with state-of-the-art technology, functional and enhanced stateroom space, and luxurious lounging areas on all decks.

Just a few of the dozens of upgrades include: