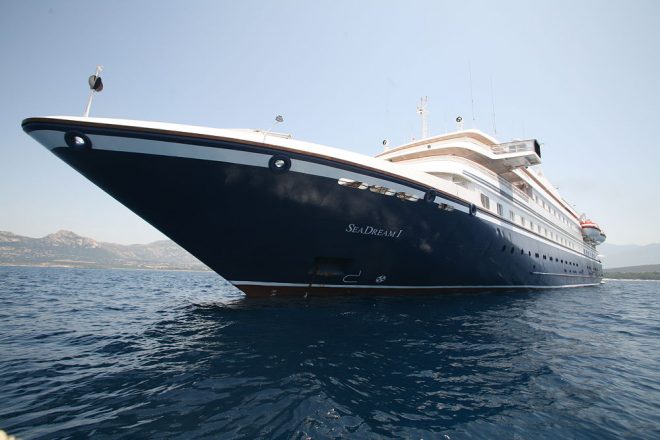 – The originator of small ship cruising, poised for continued success –

SeaDream Yacht Club Celebrates its 20th Anniversary with guests aboard SeaDream I in Italy and SeaDream II in Croatia.

For 20 years, the twin mega yachts, SeaDream I and II have been exploring some of the world’s most favored yachting destinations – including the Caribbean, the Mediterranean, Scandinavia, and many more. Known for providing more of a yachting experience, and less of a cruise ship experience, SeaDream coined the phrase “It’s yachting, not cruising – Enjoy the difference.”

Founded in September 2001, just before travel was forever changed on 9/11, it is happenstance to be marking this milestone during a pandemic. The concept of small ship, yacht-like cruising has grown in popularity over the two decades since SeaDream’s inception. President of SeaDream Yacht Club, Bob Lepisto, who’s been with the company since day one, said “Our goal was to create a casually elegant yachting opportunity where every guest feels like they’re on their own private yacht. Emphasizing incredible service and cuisine, and the pleasure of travelling with like-minded guests. For our full 20-year history, we have stayed true to that mission.”

Poised for continued success, as the appeal of sailing on a boutique vessel with fewer people (SeaDream accommodates maximum 112 guests), relaxing in plentiful open deck space, dining outdoors, and calling on the less crowded yacht harbors, has SeaDream checking all the desirable boxes.

SeaDream Yacht Club is a family-owned company, and its sole Founder, Owner & Chairman, Atle Brynestad said “this is a celebration of our hard-working crew and our global shoreside team, our loyal guests, and our travel industry partners, for without whom, we wouldn’t be here today. We celebrate because of you.”

As SeaDream prepares to set sail again in only four days in Athens, the ultra-luxury line has added four spectacular voyages in Norway to its Summer Season as well as a very unique voyage from Oslo to Civitavecchia. SeaDream’s first Norwegian voyage will set sail from Oslo on July 7th.

SeaDream’s Norwegian voyages sparked an unprecedented excitement last summer. The company initially planned to sail in Norway with only one ship, SeaDream I, for 9 voyages. After the first voyages started quickly selling out, SeaDream decided to add SeaDream II to double capacity and meet the overwhelming demand. The entire Norwegian season of 21 voyages sold out in record time. SeaDream completed a successful season in Norway with zero positive cases of COVID-19 without sacrificing luxury.

SeaDream had received multiple messages from past guests who loved their experience in Norway and those who missed the opportunity when the voyages quickly sold out. Responding to the overwhelming demand, SeaDream has carefully crafted 4 spectacular itineraries in Norway this summer, featuring destinations that were hand-picked by SeaDream’s CEO and Founder, Atle Brynestad.

Bergen – Known to Norwegians as “the Heart of the Fjords,” Bergen is the second-largest city in Norway. These voyages will offer opportunities to explore Bergen’s houses on hillsides, cobblestone alleys and world-renowned gastronomy.

Olden – A small village located at the mouth of the Oldeelva river. Olden is Norway’s gateway to the glaciers. SeaDream guests will have the opportunity to explore its steep mountains and roaring waterfalls as well as many historical sites.

Lofoten – A long-beloved summer destination for Norwegians, the Lofoten Islands are draped across the Norwegian Sea, far above the Arctic Circle. SeaDream guests will enjoy 3 days in Lofoten filled with unforgettable views of majestic mountains, breathtaking fjords, and surf-swept beaches while basking in up to 24 hours of sunlight per day.

SeaDream’s crown jewel this Norwegian Summer Season is a Grand Voyage from Oslo to Rome. This voyage features a picturesque transit through the Little Belt strait and Kiel Canal. It also features a taste of France in Bordeaux and Spain with stops in Vigo, Cadiz, and Ibiza before culminating in Rome, Italy.

Thanks to their size, SeaDream’s superyachts are able to quickly adapt their itineraries to comply with government regulations. SeaDream can visit exclusive destinations that other ships cannot due to their size. SeaDream chose Norway this summer for its extremely low incidence of COVID-19. Yesterday, SeaDream’s fully vaccinated crew flew from Malta to Norway to prepare for the sailings in Norway next month. More information on Health & Safety Protocols for all Norwegian Voyages can be found at this link.

“For 20 years at Seadream, we have strived to make our guests’ dreams come true. Our guests asked us to return to Norway, and we listened, crafting 6 incredible itineraries they can experience this summer,” said SeaDream’s Andreas Brynestad. “We believe that there is no safer or more luxurious way to experience Norway this summer than onboard SeaDream. We know our guests will enjoy the SeaDream experience of casual elegance and gourmet dining accompanied by the most beautiful backdrop in the world. Our yachts offer a naturally healthy, outdoor environment where space, fresh air, and healthy food have always been a central component. We are so excited to be back doing what we do best – bringing our signature SeaDream service to our loyal guests.”

SeaDream has a natural affinity with health, wellbeing, and vitality. SeaDream promotes a healthy, strong and active experience and appeals to guests with a similar outlook. This makes not just for a happy yacht, but an extremely healthy one too.

The SeaDream experience is known for its personalized, award-winning service, 5-star cuisine, intimate ports and exceptional onboard features such as the Balinese Dream Beds to sleep under the stars and the Watersports Marina complete with water toys for the perfect yachting vacation.

SeaDream Yacht Club is pleased to announce that Rune Grenager has been appointed as Vice President of Sales for Europe and Australia. Grenager brings with him over 20 years of Travel Industry experience to SeaDream. In this role, he will focus on sales growth for the company’s classic twin yachts. Grenager will report to Andreas Brynestad.

“We are most excited to welcome Rune onboard. His great standing in the travel agent community and his extensive experience in the travel industry will be a great asset to our SeaDream family.”  said SeaDream’s Andreas Brynestad.

Grenager started his career as a bell boy at the iconic Grand Hotel in Oslo and before moving into sales he had an extensive hotel management career in both Norway and Austria. Prior to joining SeaDream, Grenager worked as Director of Sales in Radisson Hotel Group in Norway and as Account Director in the Nordics towards the Travel Agencies and Consortias. In his most recent job at DFDS he focused primarily on the B2B market, including MICE.

“I am delighted to join a company which I hold in high esteem,” said Rune. “SeaDream has always stood out for offering a unique luxury product and continues to stay at the forefront of innovation. I look forward to putting forth my industry knowledge to identify new growth opportunities as the brand inglobal destinations.”

Grenager is an active tennis player and lives with his family on a small island nearby Oslo. He will be working out of the SeaDream Oslo office. 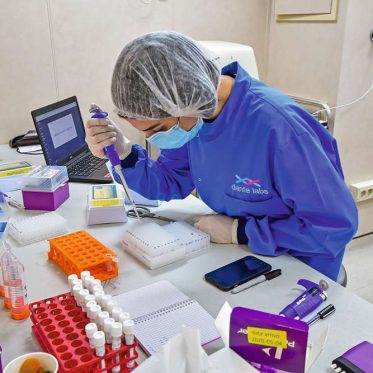